4 Things that Can Destroy Your Career 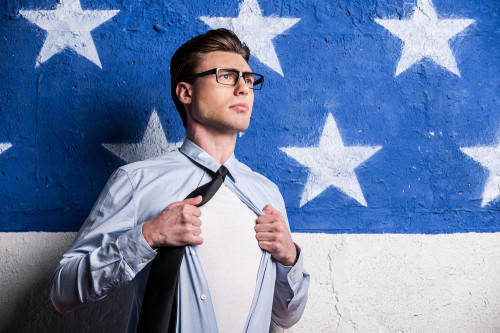 Sometimes you see talented people who you think have a great career ahead getting sidelined due to their intentional or unintentional mistakes.

It is really sad to see a bright employee facing hard-hitting consequences because of an honest mistake.

The problem can be witnessed the most in the millennials who are also known as the job-hopping generation.

According to a Gallup survey in 2016 21% of the millennials have changed their job 3 times in the past year. Talk about a surprise…

It is evident that even honest and hardworking can destroy their careers due to a hasty decision or making a blunder that got them sidelined.

According to a survey by VitalSmarts 83% of the people involved said that they have seen someone making a mistake that either destroyed their career/business and a whopping 69% of them said that they themselves became victims of their mistakes damaging their career.

We tried to found out 4 most obvious things that can destroy a person’s career and we came up with some results that we would like to share with you.

Often in excitement, you over-promise stuff to your colleagues and your team because you believe you can do it.

Such an attitude creates problems for your organization because the work is delayed.

You don’t have to create an additional burden for yourself that would make you look bad after a few days.

Missing the deadlines even by a bit after promising someone to complete a task quickly would get you in trouble.

Try to be realistic when you are expecting something from yourself and only commit what you can provide in a certain amount of time so your team doesn’t have to suffer because of you.

The fear of change can play a really negative role in someone’s career.

You don’t have to get stuck in one place in a career.

The market is so competitive these days that you have to keep learning every day.

Try to learn new technologies from your colleagues and you have to make continuous growth.

If you have collected some successes it doesn’t mean that you need to be egoist with your colleagues.

Success boosts your career but if you start thinking like you are the all knowledgeable one you will lose your path after a while.

The journey to success always requires a team effort especially when you are a part of an organization.

Be a team player instead of acting like a star in your organization.

Bringing negative attitude in the office would never let you have a successful career.

Politics and bringing others down would give you a temporary benefit but in the long run, you definitely would lose the trust of the people around you.

It wouldn’t be long till your colleagues find out what you are really up to and they would be uncomfortable working alongside you.

Such an attitude would definitely destroy your career because you would not be able to be a team player.